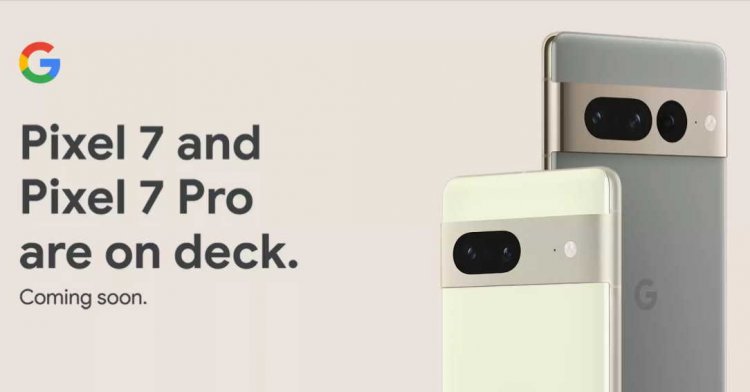 Google Pixel 7 Series will be available globally on October 6. The Pixel 7 and Pixel 7 Pro will be unveiled at the company's October event. The Pixel phones are also expected to be launched in India. Google will begin taking pre-orders for its new flagship Android smartphones on October 6. The company has announced some pre-order deals for customers in India ahead of the official launch.

Customers who purchase the Pixel 7 or 7 Pro will receive a discount on the Pixel Buds A-series or the Fitbit Inspire2. Let's take a look at the Google Pixel 7 series India pre-order details, specifications, and so on.

Other Pixel 7 series details have either leaked or been confirmed. The 7 Pro will be the more expensive of the two flagship Android phones. It will have a 6.7-inch QHD+ LTPO OLED display with a refresh rate of 120Hz. On the back, the phone will have a triple-camera setup with a 50MP main camera, a 12MP ultrawide camera, and a 48MP telephoto camera with 5x optical zoom. The phone will also include a 5000mAh battery.

The vanilla 7, on the other hand, will have a 6.3-inch Full HD+ 90Hz OLED display. It will have a dual-camera setup with a 50MP main camera and a 12MP ultrawide camera. A 4700mAh battery with 30W fast charging support will be included.

The new Tensor G2 SoC will power the Google phones. They will also include a 10.8MP front-facing camera. Finally, the Pixel 7 series will ship with Android 13.

Samsung Galaxy S23 Ultra is expected to have a 200MP camera.