The Neo 7 5G is expected to be launched in India and other markets later this year by iQOO. 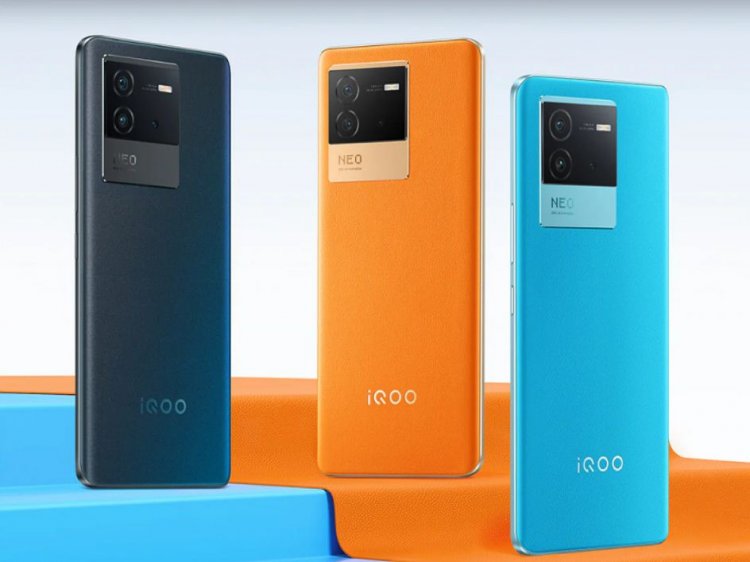 In India, iQOO launched the Neo 6 5G earlier this year. The device was launched as a new upper mid-range offering priced under Rs 30,000. iQOO is preparing to release the Neo 7 5G as a successor to the Neo 6. The launch date of the upcoming Neo series phone has not been confirmed by the company. While we wait for that, a new report has revealed the specifications of the Neo 7 5G.

The display specifications and camera hardware details of the Neo 7 5G have been revealed by tipster Digital Chat Station (via). The phone was also listed on the 3C website before its release. Let's look at the iQOO Neo 7 5G specifications, features, and other information that is currently available.

The iQOO Neo 7 5G is expected to be launched soon, as the phone has been spotted on the 3C website. It has the model number V2231A. The Neo 7 5G will support 120W fast charging, according to the 3C listing.

This will be an upgrade over the Neo 6 5G in India, which supports 80W fast charging out of the box. The phone's specifications have also been leaked. According to tipster Digital Chat Station, the upcoming Neo 7 5G will be powered by a Dimensity 9000+ SoC.

The device is also said to have a Full HD+ display with a refresh rate of 120Hz. The iQOO will most likely have a 6.78-inch AMOLED display. There will also be an upgrade in the camera department.

According to the source, the Neo 7 5G will have a new 50MP main camera. The Sony IMX766V sensor, which was also used in the iQOO 8 Pro Chinese variant, will be used by iQOO. The Neo 7 is also expected to include a 13MP ultrawide camera as well as a 12MP portrait-telephoto camera.

There is no word on when the phone will be available. However, we can anticipate its release in China sometime next month. The Neo 7 5G is scheduled to be launched in India and other markets later this year by iQOO. There may be some hardware differences between the Neo 7 5G Chinese variant and the global model. More information on the subject should be available online soon.