IQoo Z6 4G has been Confirmed to Launch in India Alongside the IQoo Z6 Pro 5G Next Week.

Let's take a closer look at the Iqoo Z6 4G, including its specifications, features, launch date, and other details. 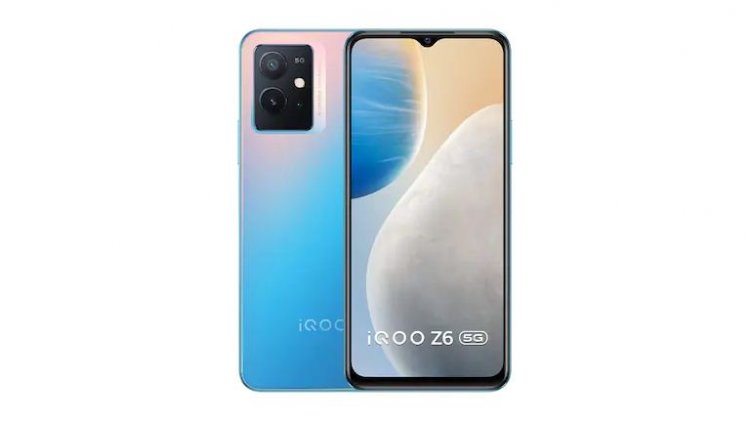 Last month, IQoo, which is owned by BBK Electronics, launched the IQoo Z6 5G in India. The company has scheduled a launch event for April 27th, where the IQoo Z6 Pro 5G will be unveiled. In a recent development, IQoo India CEO Nipun Marya confirmed to 91mobiles that the IQoo Z6 4G will also be available on April 27th.

Recently, smartphone manufacturers have been releasing two variants of the same smartphone, one with 5G connectivity and the other with 4G, and Iqoo appears to be following suit. Let's take a closer look at the Iqoo Z6 4G, including its specifications, features, launch date, and other details.

The Iqoo Z6 4G is said to have a 6.4-inch FHD+ AMOLED display with a resolution of 2400 1080 and a touch sampling rate of 180Hz. The handset could be powered by an octa-core Qualcomm Snapdragon 680 processor with an integrated Adreno 610 GPU.

The Iqoo Z6 4G could be powered by a 5,000mAh battery with 44W fast charging support. It may come pre-installed with FunTouchOS 12, which is based on Android 12. In terms of optics, the 4G model is expected to have a dual-rear camera setup with a 50MP primary sensor and a secondary 2MP macro camera. A 16MP camera for selfies and video calls could be seen on the front.

According to reports, the phone will be available in three RAM + storage configurations: 4GB + 128GB, 6GB + 128GB, and 8GB + 128GB. The phone's colour options could include black and blue. The phone's price in India could start at Rs 14,999, and it could go on sale on May 4 in the country.