Nothing Ear Stick Will be available later this year. 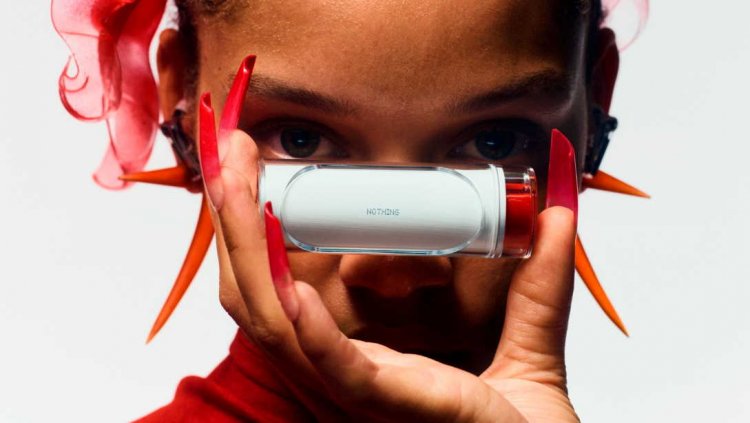 Nothing Ear (1) true wireless is a popular TWS in India's mid-range segment. The TWS was the company's first product, released last year, and the Nothing Phone (1) was released this year as its first smartphone. The company is now preparing to launch its third device, as well as its second audio device, the Nothing Ear Stick.

The upcoming Nothing Ear Stick was recently shown and teased on the Chet Lo London Fashion Week SS23 runway. The upcoming TWS is expected to be a less expensive alternative to the Ear (1) and will be available later this year. The Ear Stick has now been discovered on the FCC database, revealing additional information.

Official Tease of Nothing Ear (Stick) Design; Release Expected for Later This Year 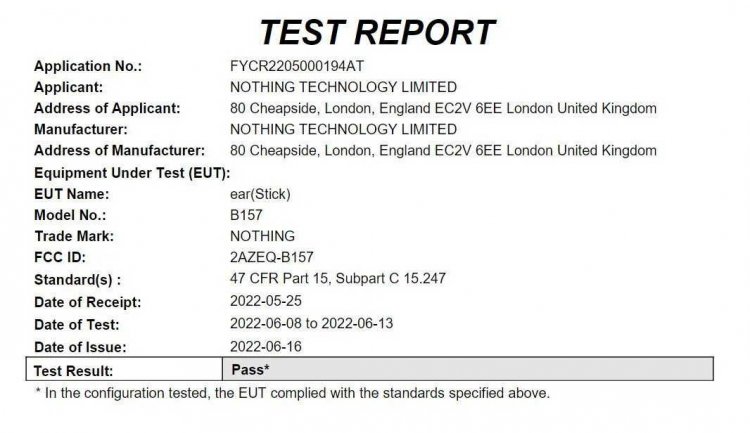 The upcoming Nothing Ear Stick has been assigned a B157 model number on the FCC website, and the application is registered under Nothing Technology Ltd, London. The battery capacities of the buds, as well as the charging case, were revealed in the FCC listing. 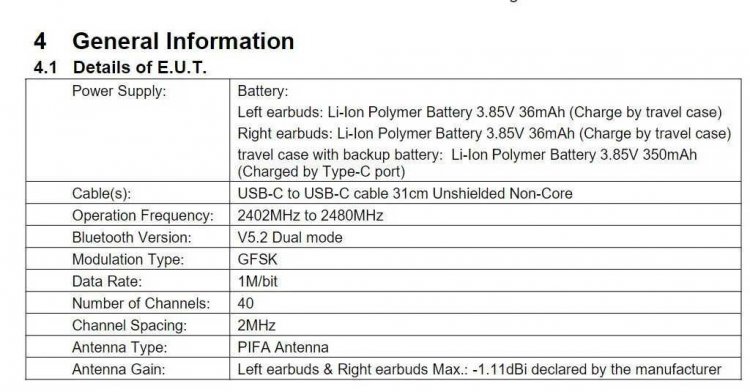 The Nothing Ear Stick will include a 36mAH battery unit on each bud, as well as a 350mAh battery in the charging case, which will also serve as a travel case. According to the listing, the TWS will use Li-ion polymer batteries. In addition, the TWS will include a 31cm Type-C to Type-C cable.

The audio product will have Bluetooth 5.2 wireless connectivity and an operating frequency range of 2402MHz to 2480MHz. The data run is specified as 1M/bit. The Ear Stick's dimensions are 140*32.5mm because it comes in a cylindrical case.

Finally, the Nothigf Ear Stick's live images have been listed, and the design is similar to the Ear (1) with a transparent outer body, but with this image, it is difficult to tell if the TWS comes with an in-ear style design or not. Aside from these specifics, the FCC database does not reveal much at this time.

The TWS was displayed in a White and Red color scheme. We can expect the TWS to be released in a variety of colors. While we don't yet know the features and specifications, rumors suggest that the TWS may be missing the ANC feature.

Garmin Venu Sq 2 Series with up to 11 Days of Battery Life...