Samsung Freestyle Ultra Portable Projector Priced at Rs 84,990 in India: Here's Everything You Need to Know

The projector is covered by a 2-year warranty. 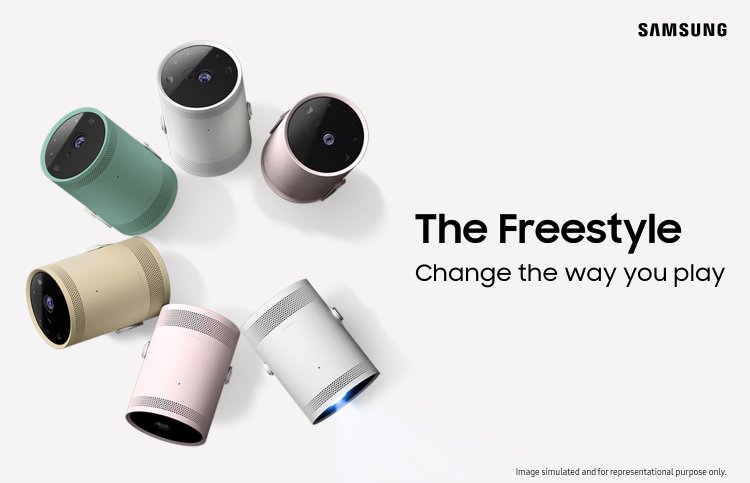 In India, Samsung has announced a new premium projector that is lightweight and portable and can rotate up to 180 degrees. The projector, known as the Freestyle, was first introduced at CES 2022 in January. The Freestyle is more than just a projector; it can also function as a smart speaker or an ambient lighting device as needed. The Korean conglomerate's new device is aimed at Gen Z and millennial consumers who want a portable project that can be used and carried on the go. The Freestyle portable projector's pricing, availability, and offers in India have just been announced by the brand.

The Freestyle projector will be available on Amazon as well as in Samsung stores for Rs 84,990. Buyers can get a Rs 5,000 instant discount on HDFC card transactions and a Rs 2,000 coupon on Amazon. Additionally, those who purchase the Freestyle between March 29 and March 31, 2022, will receive a free carry case worth Rs 5,900. Finally, those who pre-ordered the projector will receive Rs 4,000 off on the Samsung e-store.

Redmi 10 5G is the company's most affordable... 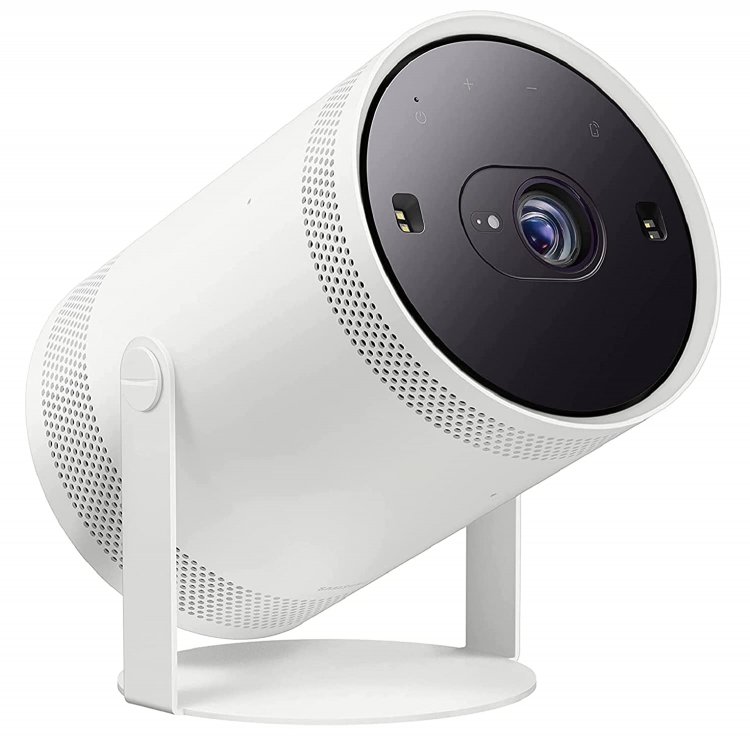 In terms of size, the Samsung Freestyle projector can project video from 30-inch to 100-inch, and the viewing angle of the picture/video can be easily adjusted with a few clicks thanks to the cradle design and 180-degree rotation. The entire package weighs only 800 grams, making it very portable. This projector is suitable for use on tables, floors, walls, and even ceilings.

Interestingly, you don't need a separate screen because all you have to do is tilt it to enjoy big-screen content whenever and wherever you want. It optimizes projection based on the colour of your wall, eliminating the need for a white background. To improve image quality, the projector includes auto keystone, auto-leveling, and autofocus features. Auto keystone allows the device to automatically adjust its screen to any flat surface at any angle, while Autofocus allows Freestyle to focus automatically for a sharp and clear image, and the auto-leveling feature ensures that the screen stays level on any surface, including rocky rounds, soft beds, and everything in between. 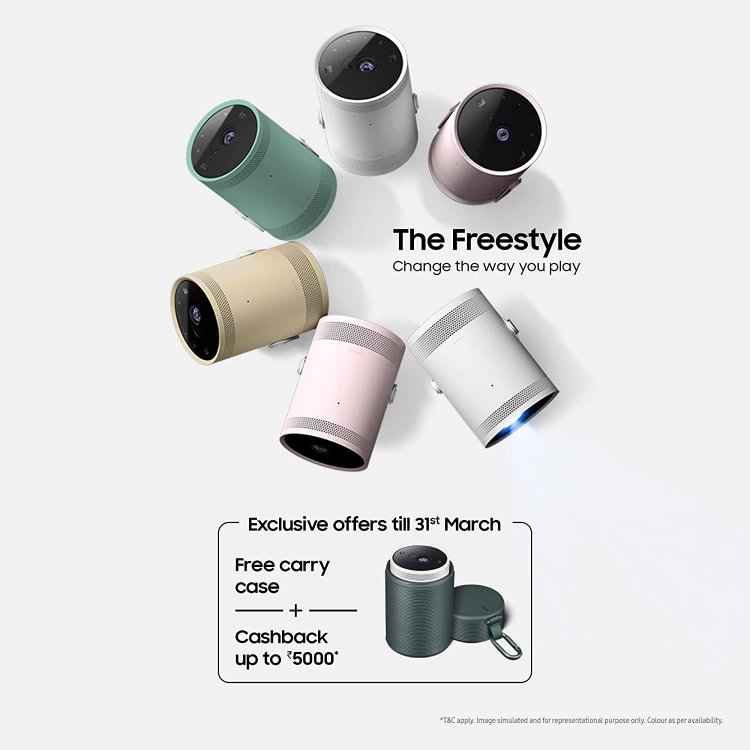 Furthermore, Freestyle supports OTT apps such as Netflix, Hulu, YouTube, Disney Hotstar, and Prime Video. It is also the first portable projector to include certified OTT platforms. Furthermore, it supports screen mirroring and casting. For charging, the Freestyle has a C-type power connector. There is a dedicated button on the Freestyle that syncs it with Galaxy phones for Samsung Galaxy phone users. Users can use their Galaxy device as a remote control with the press of a button.

In terms of audio, the projector has omnidirectional 360-degree sound with a built-in speaker. When not in use, the projector can be converted into an ambient light (mode) with a prism lighting effect using a translucent lens cap, scenery, or one of your own photos. It also includes the voice assistants Samsung Bixby and Amazon Alexa, as well as far-field voice control technology. When the screen is turned off, the device can be used as a standalone smart speaker.

Airplay 2 support, a Micro HDMI port, 1920 x 1080 native resolution, HDR10 support, and an optional waterproof and scratch-free case are among the other features of the Samsung Freestyle projector.

Sony will launch PlayStation Plus in June, with over 700 games. 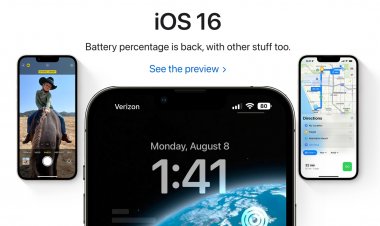 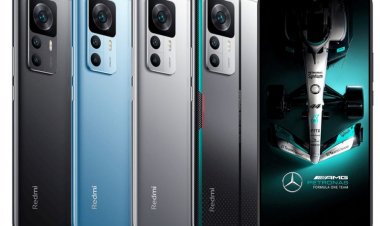 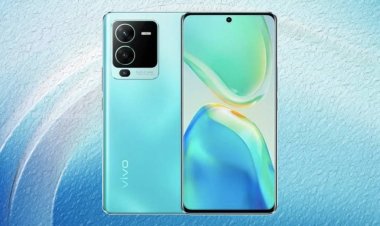 Here's everything you need to know about the Vivo V25 Pro ahead of its official...