Samsung Galaxy A04s will have three cameras, according to leaked live images.

The Exynos 850 SoC will power the Samsung Galaxy A04s. 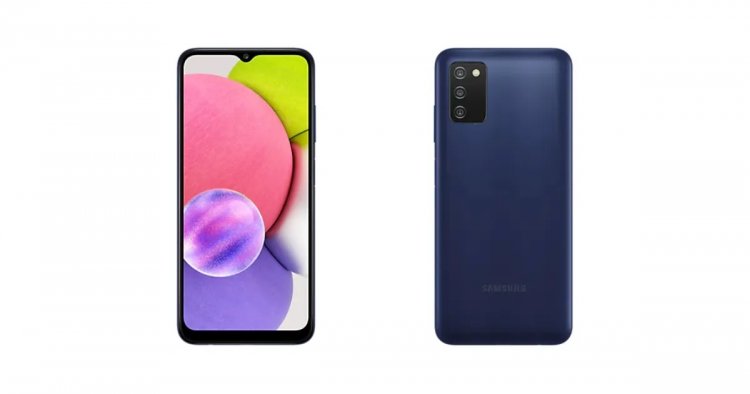 The Samsung Galaxy A04s has been making headlines for quite some time. Back in June, the device was spotted on the Geekbench database with an Exynos 850 SoC and Android 12 and later, more details about the Galaxy A04s 5G and Galaxy A04s were leaked. Recently, the Galaxy A04s was discovered on the website of the Federal Communications Commission (FCC), revealing the device's connectivity options and charging speed.

Now, live images of the upcoming Samsung Galaxy A04s have surfaced, revealing the phone's design. The phone is said to be in the early stages of production, and its official launch is expected to take at least a few months.

91mobiles Hindi shared live images of the Galaxy A04s, which reveal the phone's design, the camera cut-out, and port options. According to the report, the Samsung Galaxy with model number SM-A047 is in the production phase in India, and the device is being manufactured in Samsung's Noida compound. Because this is a low-cost smartphone, it will be made of plastic.

In terms of design, the Galaxy A04s is shaped like a candy bar and is slightly curved. On the back, there will be a textured pattern. The power button, which is likely to double as a fingerprint scanner, and the volume buttons are located on the right spine of the phone. The device's front will feature a waterdrop cutout for the selfie camera.

The device's back will house three cameras and an LED flash arranged in a rectangular module. At the bottom, we can see the 3.5mm audio jack, a USB Type-C port, and a speaker grille.

Tecno Spark 9T Set to Launch Date in India on...