Samsung Galaxy Buds Pro 2 Renders have been Leaked; Will be Available in Three Different Colors Options

The Buds were expected to be launched in July. 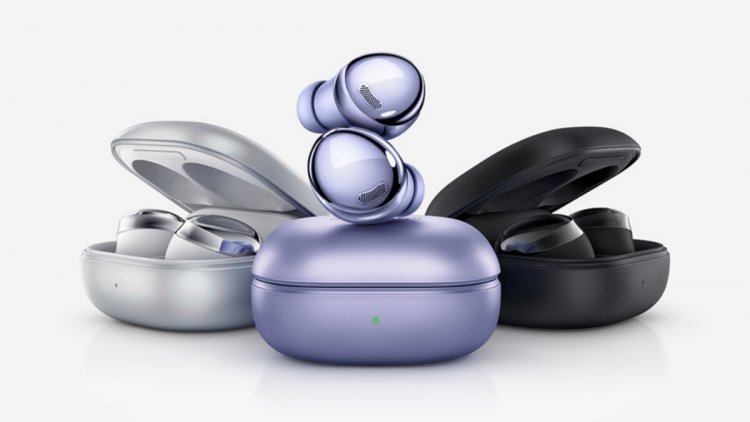 Samsung is expected to launch two new foldable phones in the Z series as well as the Galaxy Watch 5 series. The Samsung Galaxy Buds Pro 2 true wireless earbuds are also on the way. These new Buds are expected to be unveiled in July, but there is a good chance that Samsung will launch them alongside the aforementioned foldable and Watch 5 series during the Unpacked event in August.

The colour options for the Samsung Galaxy Buds Pro 2 were leaked a month ago, and the upcoming Pro TWS will be available in three colors. The device was also discovered on the FCC certification website. Now, 91mobiles has released the first images of the Galaxy Buds 2 Pro from all angles. Let's go over the specifics. 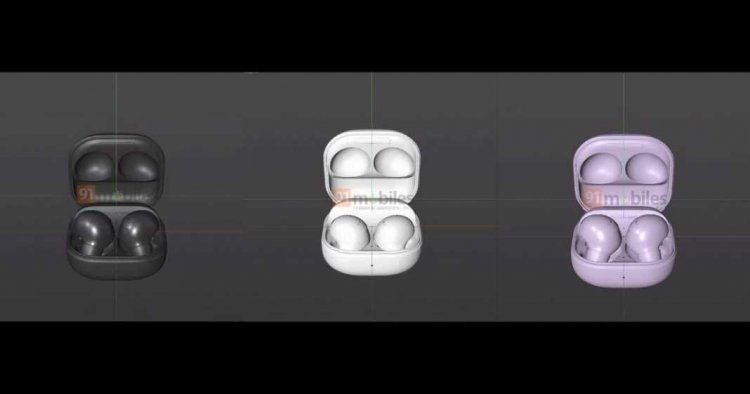 According to the report, the upcoming Samsung Galaxy Buds Pro 2 will be available in White, Bora Purple, and Graphite colour options, similar to what previous leaks suggested.

The renders provide a clearer picture of the Buds Pro 2, and based on them, it appears that these buds will not be significantly improved over the previous generation, at least in terms of design. Like the previous generation, we can see "Sound by AKG" on the box. Finally, the Type-C charging port on the back and the LED indicator on the front of the case can be seen.

While there isn't much information available at this time, the Buds Pro 2 may have improved battery life. In comparison, the last-generation Buds Pro has a 472mAH battery and can last up to 18 hours on a single charge, including the case. Aside from the anticipated battery improvement, we can anticipate the TWS to include premium features such as Active Noise Cancellation (ANC), transparency mode, and so on. The earbuds, as seen in the images, will continue to have an in-ear design with no stem attached and a compact look and feel. The Galaxy Buds Pro 2 are expected to launch soon.

Xiaomi 12 Lite and Mi Smart Band 7 Set to Go Global Next Week: What We Know So Far

ColorOS 13 Global Launch Set for This Month, The OPPO Reno8...

POCO M5 budget Smartphone with the Helio G99 SoC Has Been...