The Tecno Pova Neo is expected to be released next week, with slightly altered specifications. 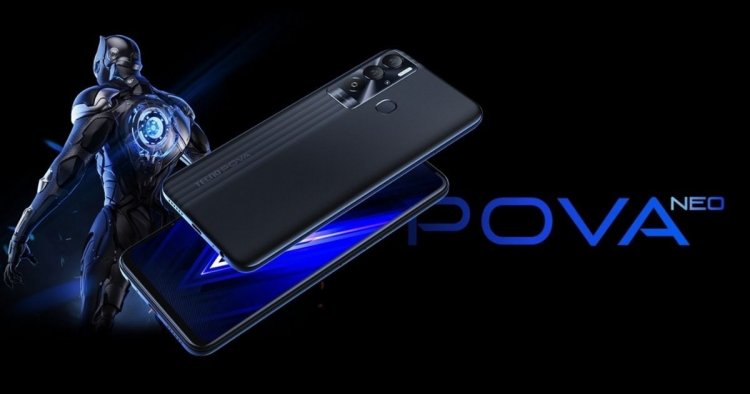 The Tecno Pova Neo is expected to be released next week

In the Indian market, Tecno is preparing to launch a new handset in the Pova series lineup. To recall, the entry-level Tecno handset was announced in Nigeria last month. Tecno India has begun teasing the upcoming Tecno Pova Neo's launch. The first teaser was shared on social media by Tecno India. Check out the teaser video below.

This is consistent with the previous leak, which revealed the upcoming poster's promotional poster. To recall, the leaked poster suggested that Tecno might include a pair of earbuds worth Rs 1,499 with the Pova Neo in the Indian market as a freebie.

The Tecno Pova Neo has a 6.82-inch HD+ display with a touch sampling rate of 120Hz and a resolution of 720 1640. The front selfie shooter is housed in a waterdrop notch on the display.

The phone is powered by an octa-core MediaTek Helio G25 processor. It is a low-cost processor that is paired with a PowerVR GE8320 GPU. The same chipset is used in a number of other low-cost handsets, including the Redmi 9A, Infinix Smart 5, and Nokia G10.

The Pova Neo has a dual-rear camera setup as well as a quad flash setup. The smartphone's primary camera is a 13MP sensor accompanied by an AI lens. For selfies and video calls, there is an 8MP camera with dual front flashes.

The Pova Neo is powered by a 6,000mAh battery that supports 18W fast charging. It has a Type-C charging port, a fingerprint sensor on the back, a dedicated micro-SD card slot, and a 3.5mm audio jack. The handset is available in three colour options: Obsidian, Geek blue, and Power. It has dimensions of 171.39 77.25 9.1mm.

What do you think the price of the Tecno Pova Neo India will be? Please let us know in the comments section below.