PUBG New State Announces Weekend Surprise: Rewards for Logging in Each Day for Next 3 Weekends December 17 through January 9, 2022

A new Weekend Surprise log-in event has been revealed for PUBG New State. 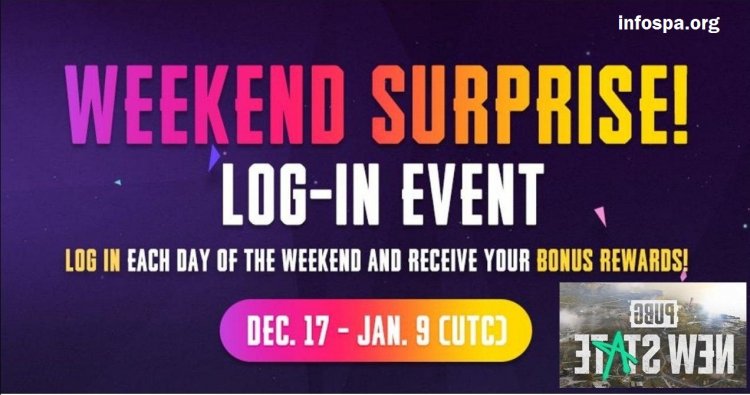 PUBG Rewards for Logging in Each Day for Next 3 Weekends December 17 through January 9, 2022

PUBG New State recently completed maintenance, indicating that the new update is now available, but there is still more in store for players. For the next three weeks, the dev team has announced that gamers will receive random incentives if they log in every day on weekends.

Players will receive incentives by mail on Fridays, Saturdays, and Sundays at 00:00 by merely logging in for the next three weekends (UTC). These awards will expire in 24 hours, so grab them as soon as possible. Chicken Medals, BP 5,000, Royale Chest Tickets, and more goodies are possible. These rewards will be produced at random in the game, so players will never know what they'll get each day. 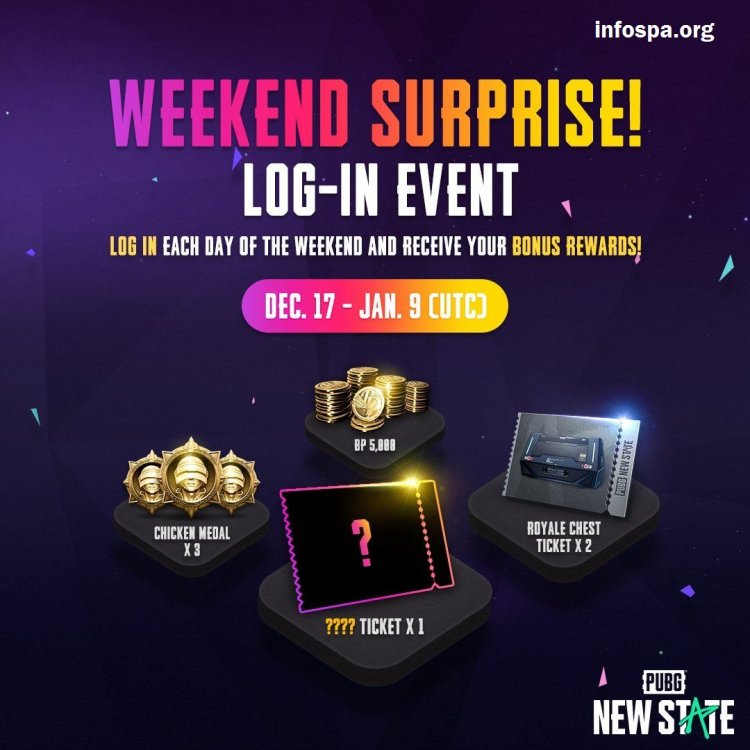 From now, December 17 through January 9, 2022, this event will be broadcast live. Keep in mind that these log-in incentives will only be accessible on weekends, including Friday, in PUBG New State. The daily award for each day will expire after 24 hours, so be careful to collect them every day.

In addition to the new December update, this is all the more cause for gamers to get into the game every weekend. The most recent update to PUBG New State adds a slew of new features, including weaponry and vehicles. The update is now available, and if players have enabled automatic downloads, it should have been downloaded immediately.

Players can also download the new update from the Google Play Store or the App Store to have access to all of the new content in PUBG New State. Devs have offered players incentives in their in-game mails, which they should have claimed by now due to the update's slight delay.

Three Lord of Blood Crates are being given away for free in PUBG New State.