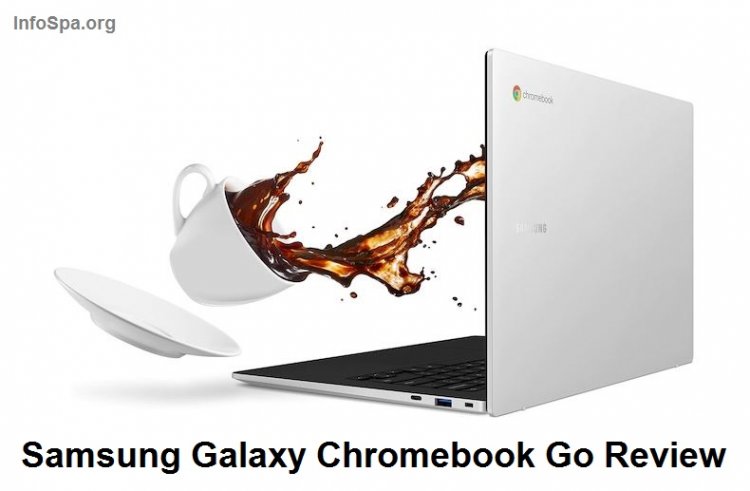 Samsung isn't known for its Chromebooks, but it's been releasing them in droves in recent years, making them a far more affordable option to get your hands on one.

The Samsung Galaxy Chromebook Go is great for recreational online browsing and the odd Netflix stream; however, if you need a computer for work, this may not be the best option. 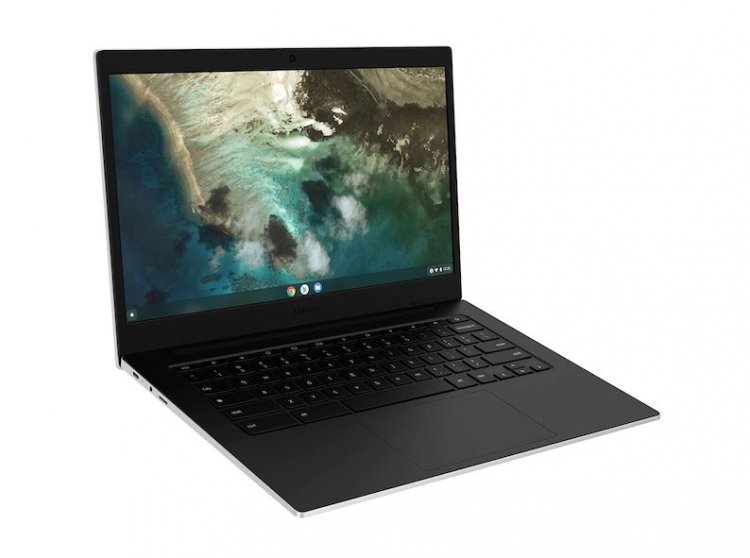 According to Samsung, this laptop, which runs on Chrome OS, should be simple to use and provide 12 hours of battery life. Its key feature is 4G LTE connectivity, which allows you to stay connected wherever you go, and it's slim enough to be carried around easily.

A spill-resistant keyboard, a 180-degree hinge, and numerous connections, including USB Type-C, USB 3.2, and a memory card slot, are also featured. 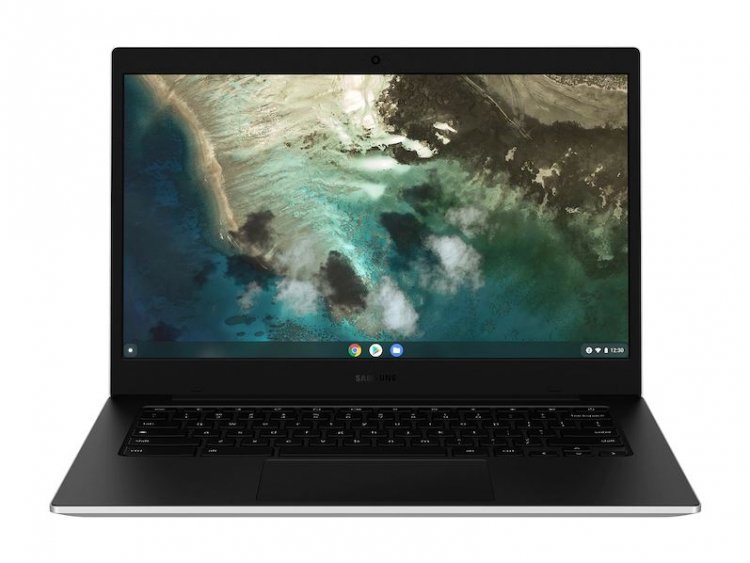 The Samsung Galaxy Chromebook Go is silver on the outside and black on the inside, so whether you like it or not is likely to be a matter of personal preference. The matte silver outside is sleek and unadorned, and it appears very much like a Chromebook, but when you open the lid, you're met with a completely black plastic interior. While it's wonderful to see something different, Samsung's use of textured black plastic gives this the appearance and feel of a cheap laptop.

The Samsung Galaxy Chromebook Go, with dimensions of 327.1 x 225.6 x 15.9mm and a weight of around 1.45kg, is a nice size for use on the go. It'll fit comfortably into a backpack and won't add too much weight to your day.

There are several connectors around the laptop's borders, including two USB Type-C connections, one USB 3.2 port, a MicroSD card slot, and a headphone jack. That provides you a lot of options for connecting it to your other devices, however, it's a shame there's no HDMI connector, as many other Chromebooks do.

The huge trackpad is accurate and responsive to use, albeit it is a little stiff to click on. Regardless, I was able to effortlessly move the cursor to the exact location I want on the screen, which was the most critical factor.

Because the keyboard is so neatly spaced out, typing on the Samsung Galaxy Chromebook Go felt natural as well. Although the Enter key could be a little wider, I rarely made any mistakes.

You won't be able to unlock this laptop using a fingerprint sensor, and it doesn't support facial recognition, so you'll have to enter a password every time you want to use it.

With the Samsung Galaxy Chromebook Go, you get what you paid for when it comes to the screen.

The 14-inch HD LED display (1366 x 768) has a matte anti-glare coating to help it stand out in bright light, but the quality isn't great. Not only is it encircled by thick bezels, but it also lacks sharpness, the colours don't pop, and the contrast is poor, especially when the on-screen material is dark. The display also does not get as brilliant as you may expect.

While these shortcomings won't bother casual users, if you're going to be using your next laptop all day, every day, you'll want something with a little more advanced screen technology. 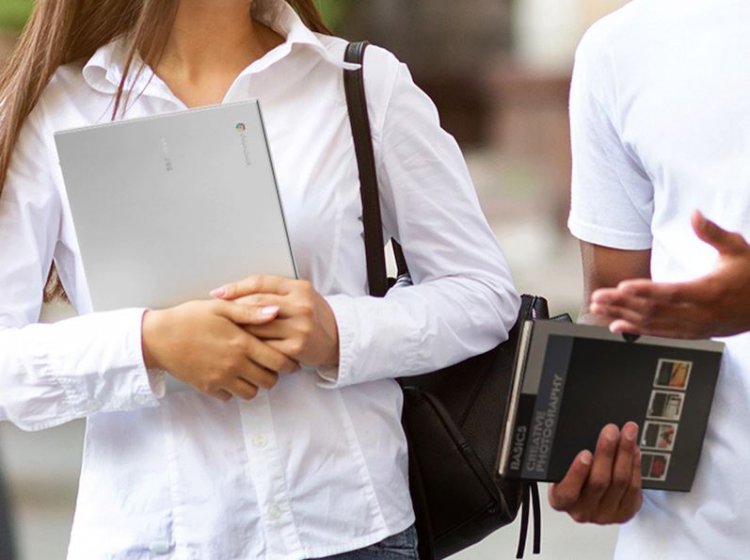 The Samsung Galaxy Chromebook Go isn't going to blow you away with super-fast performance, thanks to an Intel Celeron Processor N4500, Intel UHD Graphics, 4GB of RAM, and 64GB of storage. In fact, it can be a touch buggy and slow at times.

The Samsung Galaxy Chromebook Go scored 550 in single-core and 1,057 in multi-core on the Geekbench 5 performance test, putting it near the bottom of the performance scale but on par with other similarly priced computers.

If you have a lot of work to do, this isn't the computer for you, but if you simply want to use it for browsing the web or filling out a few documents here and there, it'll suffice.

With 4G LTE connectivity, the Samsung Galaxy Chromebook Go can be used almost anywhere, which is ideal given that it runs on Chrome OS and requires significantly on an internet connection to function properly.

One of the best things about Chromebooks is their battery life; Samsung claims that this one would last 12 hours, but I found it to be far less.

I ran a video on full brightness for almost two hours to see how long it would last streaming video. The battery level declined by 36% during that time, implying that it would have lasted a little under 6 hours in total. It took a little under 2 hours to charge it up again.

There's a 720p HD camera in the top bezel that's surprisingly good. You won't be able to take selfies with it, but it will suffice for video calls.

Because the speakers are located on the underside of the laptop and are therefore down-firing, the sound is clearly distorted and even muffled when the laptop is placed on a softer surface.

Chrome OS is a minimalist operating system that is incredibly easy to navigate and operate. Most of your files and programs are saved to a secure internet area rather than being stored on the device itself. As a result, Chromebooks don't require as much RAM as Windows PCs or Macs, allowing the computer's price to be kept substantially cheaper.

Of course, this has its drawbacks. It implies that in order to access certain of your files, folders, and programmes, you'll need to be connected to the internet.

If you rely on the Google Play Store, you'll have access to a large library of apps and software, but it's not as extensive as what you'd find on your phone, so you won't be able to download Adobe's Creative Suite or BBC iPlayer. Whether or not this is a problem will be determined by how you intend to use the laptop. 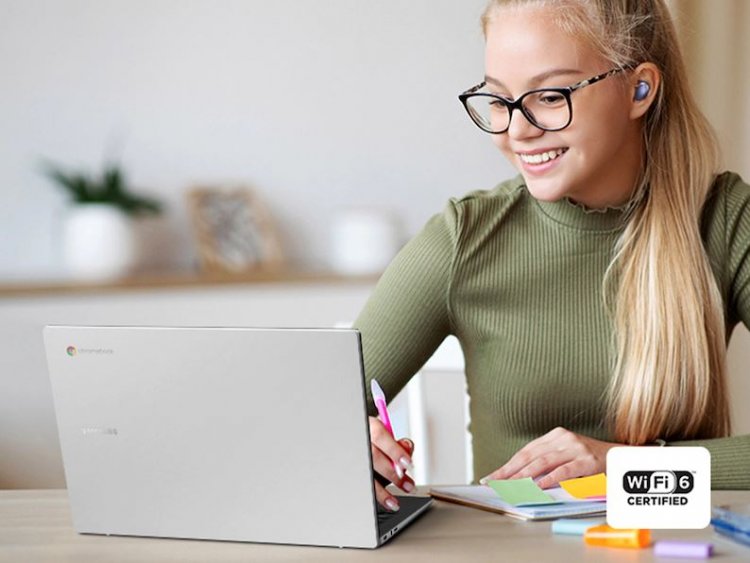 The Samsung Galaxy Chromebook Go is best described in two words: basic and economical. If you get this laptop, you will not be breaking the bank.

Of course, there are some compromises to be made in order to keep the price so cheap, such as the poor screen and slow performance. However, there are a few things it excels at.

It has a stylish design, is lightweight, and thanks to 4G LTE connectivity, you'll be able to access the internet from anywhere. Other benefits include a long battery life, a large trackpad, and a comfortable keyboard to type on.

The Vivo V23 Series will be released in India on January...