Let's take a look at the iQOO Neo 6's design, specifications, and other information that is currently available. 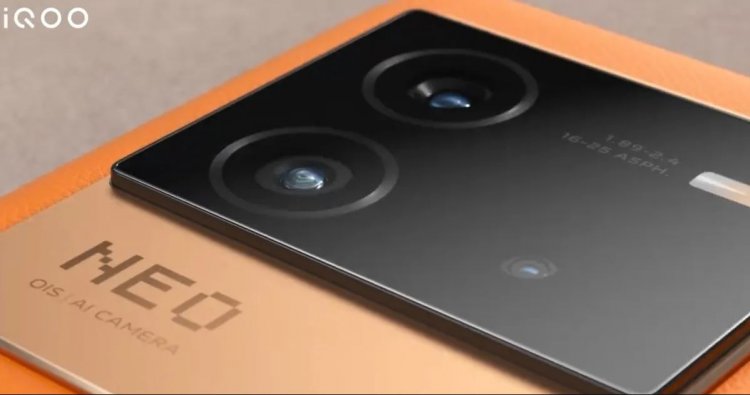 In China, iQOO will shortly release a new premium smartphone. The iQOO Neo 6 will be unveiled in China on April 13th, according to the manufacturer. The event will take place two days after the introduction of the Vivo X Fold in China. The Neo 6 will be the follow-up to the Neo 5 series, which debuted last year.

In India, the device is scheduled to arrive soon. While we await formal confirmation, the Chinese smartphone manufacturer has teased the device's design ahead of its unveiling. Let's take a look at the iQOO Neo 6's design, specifications, and other information that is currently available.

iQOO has released a fresh teaser revealing the Neo 6's design. The smartphone will be released in China on April 13th. The device's essential features are confirmed in the design teaser. For starters, the phone's back will be covered in vegan leather. It will have an orange hue to it. We can also expect iQOO to release the device with a glass back. According to rumours, the phone will come in three colours: black, blue, and orange.

On the rear of the phone is a rectangular camera block. It's equipped with a three-camera system. The camera will come with support for optical image stabilization, according to the writing on the camera module (OIS).

A 50MP primary camera is believed to be included in the gadget. A 13MP ultrawide camera and a 12MP portrait camera with 2x zoom will be included. Other information about the item has been leaked online. A 6.62-inch AMOLED display with a Full HD+ resolution of 1080 x 2400 pixels is expected on the phone. A refresh rate of 120Hz will be supported.

The phone will be powered by a Snapdragon 8 Gen 1 processor. Up to 12GB of RAM and 256GB of internal storage will be available. It will have a 4700 mAh battery with 80W fast charging capabilities. It will ship with Android 12 out of the box, with an Origin OS Ocean layer on top.

Moto G32 Colour Options Have Leaked Ahead of the Upcoming...