The Poco M4 Pro is a low-cost smartphone that yet manages to deliver some remarkable specs, although with a few minor flaws. 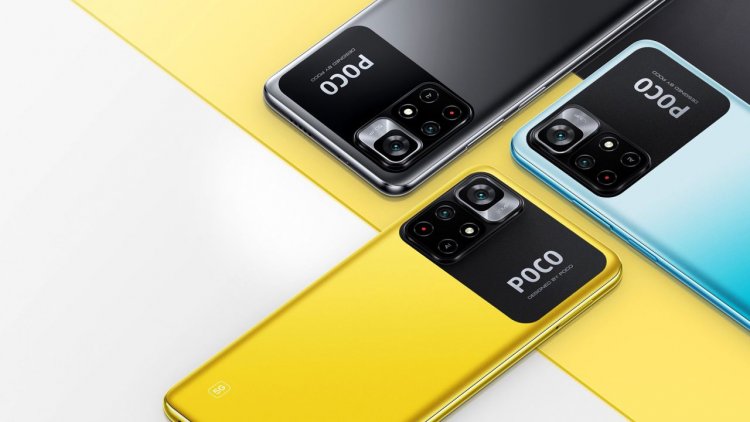 While the Poco M4 Pro 5G has flaws, they aren't all that unique to it. Rather, it suffers from the same flaws that many phones in this price range do. It may overpromise and underdeliver, but it's still a competent phone at a reasonable price. 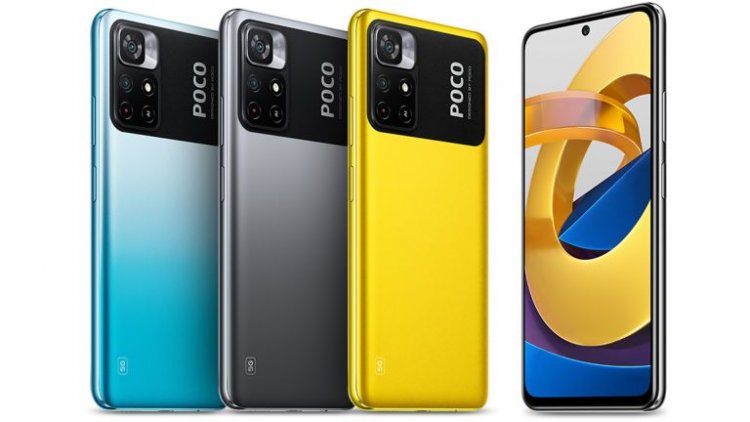 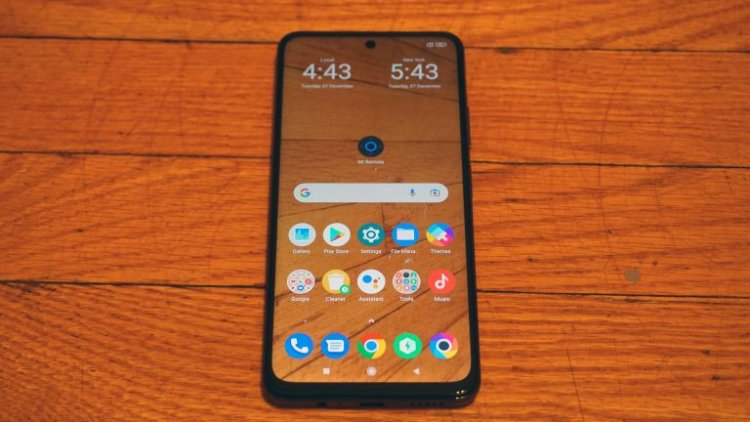 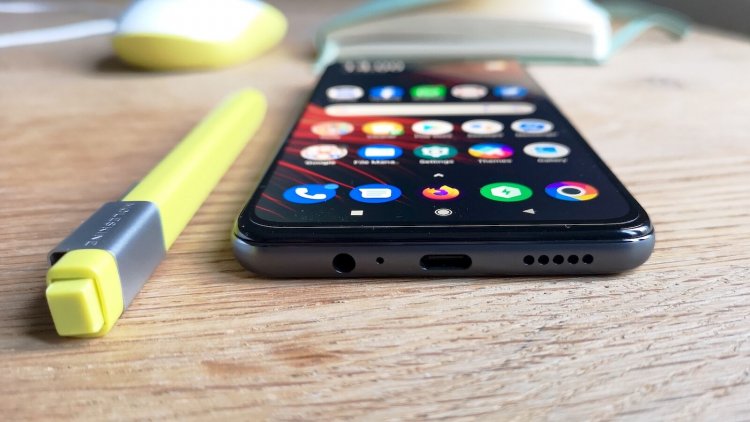 Despite its attractive appearance, the Poco M4 Pro 5G is unlikely to win any design honours. Although the frame and back are plastic, they have a semi-metallic appearance. In the hands, it doesn't feel cheap, flimsy, or hollow, and it has the general appearance of comparable flagship phones that cost three times as much.

The display space is also a cut above the competitors in terms of price. Poco's phones have thin bezels all around, with a slightly larger chin bezel that isn't distracting. A hole-punch selfie camera on the top doesn't obstruct the display too much. There are also dual speakers and a headphone jack (albeit the bottom speaker is significantly louder than the top one). While many low-cost smartphones include a headphone connector, many often have only one loudspeaker.

The phone's Xiaomi roots are visible on the back, with the camera area borrowing the design language of the Xiaomi Mi 11 Ultra. A large section at the top of the phone is boxed out, albeit largely for branding purposes and not for the Mi 11 Ultra's huge cameras and rear display.

The Poco M4 Pro 5G sports a huge camera hump, which is in line with current trends, but it's mostly unused space. The main 50MP sensor has a big gap that is raised even higher than the larger camera bump. The ultra-wide sensor lies below that, in what appears to be a four-sensor array at first glance, but it's actually just flanked by the flash and two filler slots, one with a red dot (possibly representing a recording light?) and the other just saying "AI." On the good side, some less expensive companies have false sensors in places like that, but Poco hasn't.

Thankfully, it hasn't chosen to follow in the footsteps of top smartphones by including an in-screen fingerprint scanner, nor has it included one on the back. Instead, the Poco M4 Pro 5G features a fingerprint scanner embedded into the power button on the side. It's far faster than the scanner on my Galaxy S20, and it's simple to locate with my thumb. However, because it can unlock the phone with a touch (rather than a press), it's easy to mistakenly unlock it and then hit the button to lock it and put the screen to sleep. However, the phone does include a feature that allows you to adjust this behavior so that the fingerprint only registers when the button is pressed.

The first developer preview of Android 13 is

The show is a bit of a mishmash. On the one side, Poco has supplied a huge display with a smoother experience thanks to the 90Hz refresh rate. The phone also feels responsive while browsing across web pages, thanks to a touch sampling rate of up to 240Hz. However, the exhibit isn't as dazzling as Poco portrays it to be. Even at 6.6 inches, the IPS panel is fairly bright, and the 1080 x 2400 resolution is easily sharp enough. The display, on the other hand, has poor viewing angles, with colour and brightness fluctuating considerably when viewed from different angles. If you tried to watch a TV with someone while holding the phone between your two ears,

It would be a much-diminished experience. This level of visual quality isn't uncommon for the budget, although Poco's own F3 offers a significant display boost (among other things) for a small price increase.

Poco also incorporated an IR emitter, which is a fascinating supplementary feature. This allows you to use your phone as a remote control for televisions, projectors, and even air conditioners. An app is available to help set up and maintain the numerous remote controls that have been saved. It was simple to get the power and volume controls working, though I didn't get it to work for all of the TV's functions.

Motorola Edge 30 Pro could have stylus, but it 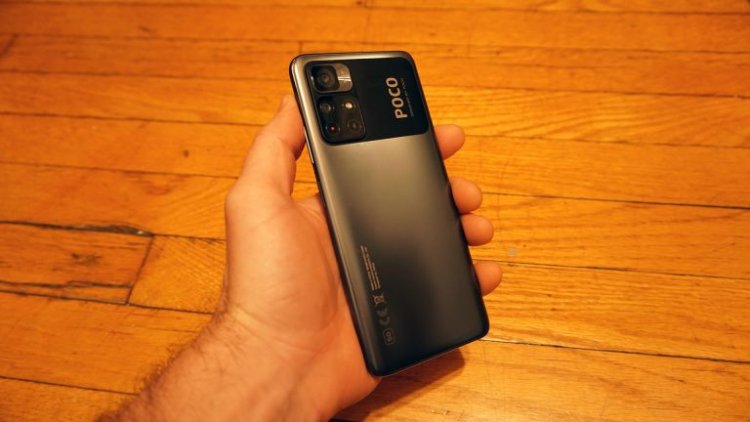 The Poco M4 Pro 5G is built to punch above its weight class (or price class, in this case) with sturdy internals you wouldn't expect from a phone at this price point, and it succeeds admirably. The Mediatek Dimensity 810 chip is class-leading, but you won't find another phone with such a strong chip for around $300.

The Poco M4 Pro 5G excels by providing well-balanced performance for everyday use. Opening, running, and switching between apps is as smooth as I'd expect from a phone of this caliber. It's not that everything opens in a flash, but I don't find myself waiting for long periods of time, and I don't experience regular lag while switching between things. The chipset lags behind the Snapdragon 765G in benchmarks, but it outperforms the Snapdragon 662 powering the Moto G Power (2021).

Surprisingly, gamers seeking a more robust gameplay experience will find it here. When starting races in the demanding Asphalt 9, the Poco M4 Pro 5G can chug and stutter a little, but once the race starts, it's quite smooth sailing. Thermals are also kept in mind, with the phone never getting more than a few degrees while gaming.

Because of the 90Hz display, the benefit of that smooth operation is more easily appreciated. One item that isn't as helpful as the older UFS 2.2 storage. While I haven't had to wait for long periods of time to run apps or major games, I have had speedier results.

It is available in two capacities: 64GB with 4GB of RAM and 128GB with 6GB of RAM. That's not bad for a low-cost phone, and those who require additional storage can use a microSD card.

It also supports over a dozen 5G bands, allowing it to connect to a variety of networks. I was able to connect it to T-5G Mobile's network, but I was unable to view the network's high speeds, which are only available on occasion. However, it's possible that this is just a coincidence. 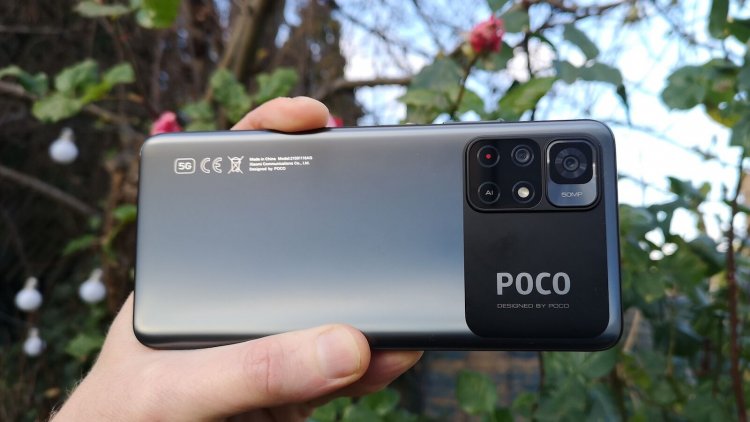 The Poco M4 Pro 5G runs Android 11, which is a welcome improvement over the previous version. It comes with MIUI, which isn't obtrusive or attempting to reinvent Android.

MIUI modifies the OS's notification shade and quick settings. Rather than having a single shade that incorporates both, MIUI has divided them, so a swipe down on the left half of the phone will bring up a notification shade, while a slide down on the right side will bring up a widescreen of quick settings. Swiping left or right once the shade is open will flip between them.

The fast settings shade is also rather large, with a number of huge shortcuts at the top, a number of smaller shortcuts below that, and a collection of smart home devices and device groups below that. It takes a little getting accustomed to, but it's a pretty handy twist.

One disadvantage is that the phone comes pre-loaded with a lot of software, including a few games, social media apps, and online markets. Opening two pre-made program folders also revealed an ominous list of "Promoted apps," demonstrating how advertising can infiltrate the home screen.

For the price, the camera system is adequate. That's generally all I ask for from a budget phone, and it's nice to see that it can occasionally snap a quality photo. It's even more astounding when the camera's portrait mode manages to get a good shot every now and then.

Epic Games Store is available Windbound as the Free Game 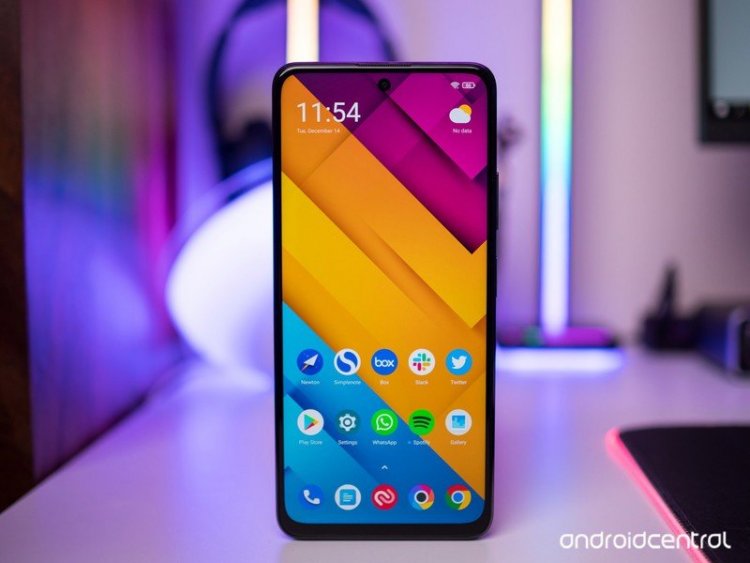 The primary camera can take nice images in high light, but as the light fades, the noise in the photos increases drastically. The colours are a tad dull and undersaturated, but not to the point of seeming unreal.

The ultra-wide camera, on the other hand, is significantly less striking. It covers a lot more ground, but the quantity of noise and indistinct details it collects makes for a much inferior image in every case. However, secondary cameras in phones at this price point are common. Fortunately, selfies will appear nice, since the front-facing camera captures images with the same clarity as to the primary sensor on the back.

However, don't expect a high-definition video from this phone. It regularly stuttered when recording in my tests, and the produced movies often showed this stutter. When filming in 720p at 30fps, this was less of an issue, but it's a disappointing surrender for a camera that "can" record in 1080p at 60fps.

The Poco M4 Pro 5G's battery life is excellent. It contains a 5,000mAh battery that can easily last a full day of operation. The battery would probably last two days for light users. The phone also supports 33W rapid charging, which I was unable to try because the charging brick that came with the phone was for a different region. The phone charged from 0 to 100% in around 105 minutes using a 65W PD charger I had on hand.

For the performance it provides at its price, the Poco M4 Pro 5G is a worthy phone. The Dimensity 810 chipset is a pleasant surprise, as it makes excellent use of the huge battery to provide all-day power. Although the display and camera quality should be better, they are adequate for this price range. The main issue with the Poco M4 Pro 5G could be that the Poco F3 offers a lot more for a tiny price increase.

Redmi K50 Ultra's Official Design Has Been Revealed, and...