Realme 9 India Launch Is Officially Scheduled for April 7: Here's Everything You Need to Know

Let's take a closer look at the upcoming Realme phone. 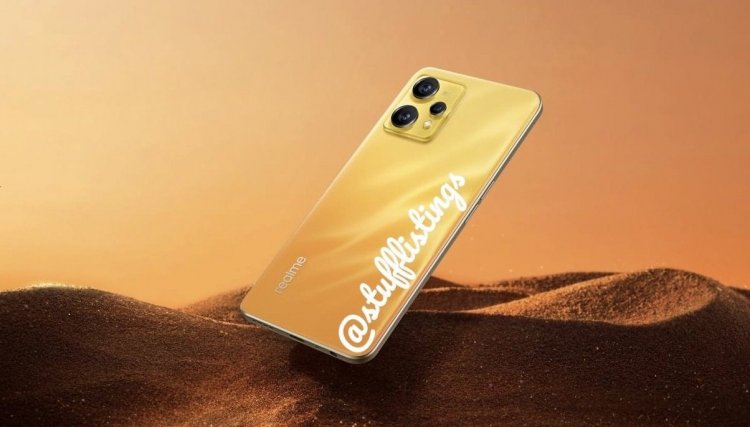 Realme has now confirmed the launch of yet another product, this time a smartphone in the Realme 9 series. On April 7, the Realme 9 4G will be released in India. The Realme 9 4G phone was recently spotted on the TDRA certification website, and it was also spotted on the official site a few days ago. Let's take a closer look at the upcoming Realme phone.

Say goodbye to slow and inaccurate focus with the 9X Focusing Accuracy in the #realme9 Camera!

Launching at 12:30 PM, 7th April, on our official channels. pic.twitter.com/sNntVoWRg3

In terms of design, the new leak reveals the device's Sunburst Gold colour option. Furthermore, the phone is said to be available in Meteor Black and Stargaze White. The image also shows a 3.5mm headphone jack and a USB Type-C port on the phone. It will have volume controls on the left edge and a power button on the right. On the back, the device will have a triple camera setup. Inside the camera module is also the LED flash.

In terms of optics, the Realme 9 4G has been confirmed to have a 108MP camera setup with the Samsung ISOCELL HM6 sensor. The upcoming Realme smartphone will also include a 5,000mAh battery with 33W fast charging. It will have a 16MP front-facing camera sensor.

Furthermore, other Realme 9 4G leaks indicate that the device will be available in two configurations: 6GB + 128GB and 8GB + 128GB. It is expected to have a 6.6-inch Full HD+ display with a refresh rate of 120Hz. The device could run Android 12 right out of the box. An octa-core MediaTek Helio G96 processor could power the phone.

Nubia Z40S Pro has been spotted on the 3C Certification...