Let's take a look at the upcoming Realme 9 4G design, specifications, and other details that have been revealed thus far.

Realme has confirmed the launch of the new smartphone in the number series. The company has confirmed that a new Realme 9 series smartphone will be launched, but has not revealed the official name. According to rumours, the device will be called the Realme 9 4G or something similar to the 9 SuperZoom. While we wait for the device's official launch date, a new leak has revealed its design and other details.

Realme 9 Series has been officially confirmed to include...

The rear panel design of the upcoming Realme smartphone has been leaked by tipster Mukul Sharma, aka Stufflistings. The image confirms the phone's camera setup details as well as the colour option. Let's take a look at the upcoming Realme 9 4G design, specifications, and other details that have been revealed thus far. Best Phone Under 30000 in India (April 2022)

[Exclusive] Realme is going all-gold this time with its upcoming #Realme9-series phone ????
While there's still time for the launch, I don't want you to wait. Here's your 1st-ever exclusive look at the device.
Liked the design? ????
Will leak more details soon.
Feel free to retweet. pic.twitter.com/Qat8mvSJ5v

Realme is preparing to launch a new smartphone in the 9 series in India, expanding its mid-range portfolio. At the moment, the phone's exact launch date is unknown. The phone will be available in India in April 2022, according to Realme. It has also confirmed that the device will have a 108MP primary camera sensor.

Our source also told us about the upcoming Realme 9 4G's 108MP main camera sensor. The upcoming Realme smartphone will feature a 108MP Samsung HM6 ISOCELL sensor that is said to capture up to 123% more light than the HM2 sensor. Best Phones Under 20000 in India (April 2022)

Other aspects of the phone have not been officially revealed. However, Mukul Sharma, a tipster, has leaked an image of the device's back panel. On the back, it has a triple-camera setup. The camera module has two large circular cutouts, with a third on the side. Inside the camera module is also the LED flash. The other two sensors' specifications are currently unknown.

The Realme 9i Global Variant has been listed on NBTC Certification...

The device will be available in Sunburst Gold for the first time. There will be two more colour options, according to previous leaks. Meteor Black and Stargaze White will be the names of these. The upcoming Realme smartphone will also include a 5,000mAh battery with 33W fast charging. It will have a 16MP front-facing camera sensor.

Users of the iPhone and iPad can now watch YouTube TV videos in Picture-in-Picture...

Redmi Note 11SE May Not Come with a Charger, Says Company... 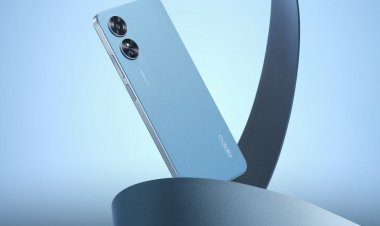 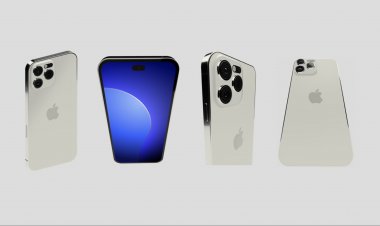 Let's take a look at the iPhone 15 Ultra's specifications, features, and other information...