Let's take a look at the Vivo X80 Pro, its specifications, features, launch date, and expected price in India in this post.

The Vivo X80 series, Vivo's next-generation flagship smartphone lineup, is set to debut in China on April 25. The Vivo X80, X80 Pro, and X80 Pro Plus are the three smartphones in the series. Several leaks and rumours about the smartphone have previously surfaced, shedding light on its likely design, specifications, and capabilities.

The latest Vivo smartphone is said to have an intriguing set of features and specifications, including Qualcomm's latest and greatest Snapdragon 8 Gen 1 and a 120Hz 2K AMOLED display. Let's take a look at the Vivo X80 Pro, its specifications, features, launch date, and expected price in India in this post.

Tipster Ishan Agarwal, in collaboration with 91Mobiles, has revealed the full specifications of the Vivo X80 Pro ahead of its official launch. The handset is said to have a 6.78-inch AMOLED display with a refresh rate of 120Hz, a touch sampling rate of 300Hz, and a resolution of 2K (Quad-HD).

The smartphone is said to be powered by an octa-core Qualcomm Snapdragon 8 Gen 1 SoC, 12GB of LPDDR5X RAM, and up to 512GB of internal storage. For biometrics and security, the smartphone will include an ultrasonic in-display fingerprint sensor. 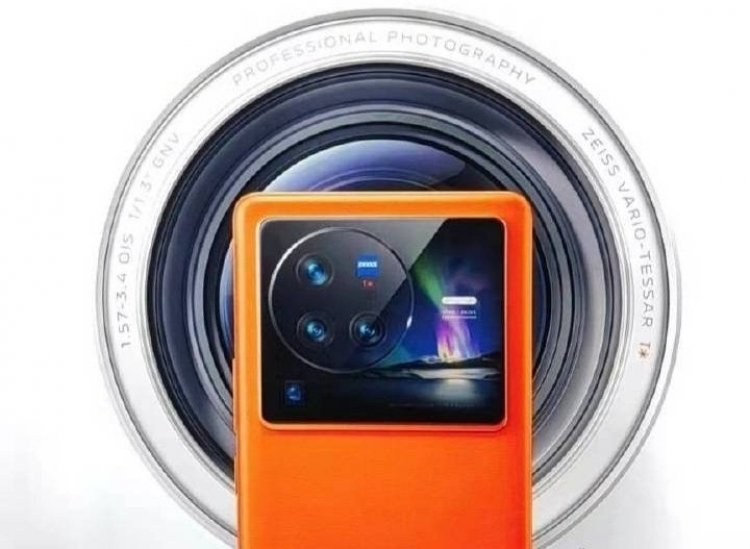 Of course, the X80-series will be known for its photography. On the back of the Vivo X80 Pro, there will be four cameras. It is said to have a primary 50-megapixel f/1.57 lens, a secondary 48-megapixel ultra-wide angled lens, a tertiary 12-megapixel portrait telephoto camera, and a fourth 8-megapixel periscope lens with 5x optical and 60x digital zoom support.

The Vivo X80 Pro is powered by a 4,700mAh battery that can be charged quickly at wired 80W and 50W wireless speeds. The device has dimensions of 164.675.39.1mm and weighs 220 grams. In China, the flagship phone will come pre-installed with Android 12-based OriginOS Ocean.

The Chinese manufacturer may launch the Vivo X80 series in India after showcasing the smartphone in its home country later next week. We anticipate that the smartphone will be available in India by the end of May 2022. The RAM + storage configurations for the Vivo X80 Pro are expected to be 8GB + 256GB and 12GB + 256GB.

The Vivo X80 Pro price in India could start at Rs 47,000 and go up to Rs 55,000. All of these, however, are merely rumours, and the exact price of the Vivo X80 Pro will be revealed only when it is released. The phone could be available for purchase in India within the first week of its release.

That being said, what are your hopes for the upcoming Vivo X80 Pro? Please let us know by leaving a comment below.

HP Launches Pavilion 15 Laptop and other Models in the Series: Price, Specifications